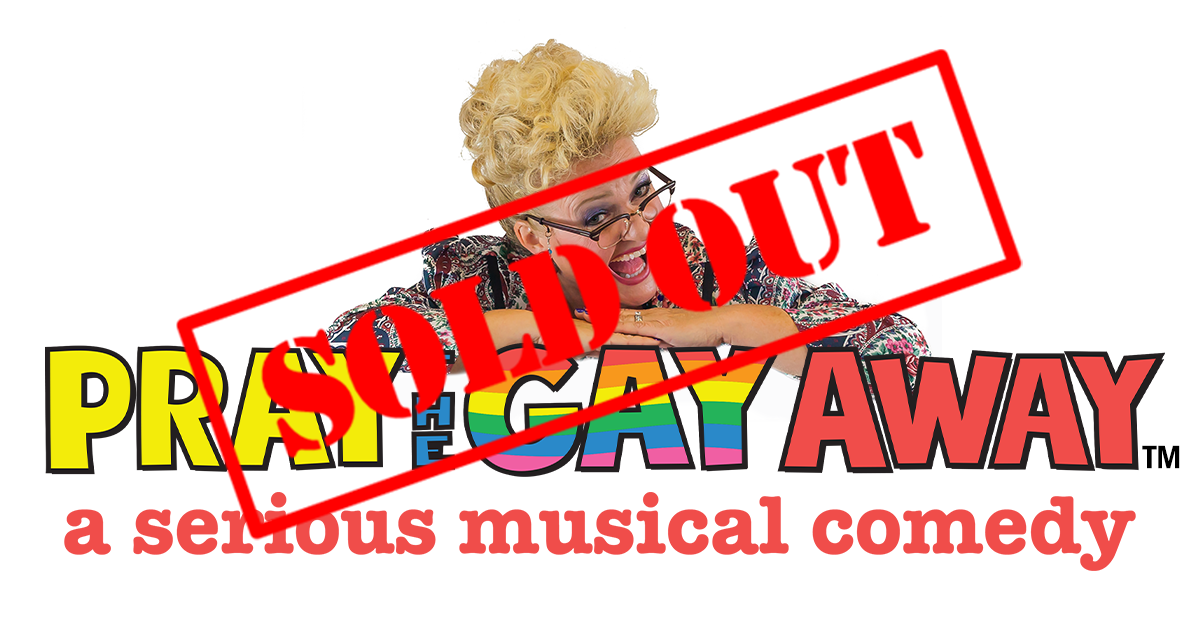 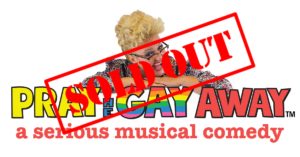 Theater Arts Guild production of Pray the Gay Away® the musical set a new record for ticket sales to a musical theater production at the Historic Lincoln Theatre in Mount Vernon, WA. Overall the PTGA run was at 98% occupancy with the final four shows completely sold out. The Lincoln Theater staff tells us this show had the longest stand-by waiting list of any show they’ve worked on. In the final days the phones were literally ringing off the hook with people wanting to be on the stand-by list.

Theater Arts Guild presents the world premiere of Pray the Gay Away ®, a serious musical comedy. This highly anticipated and controversial live stage show packs plenty of blissful sacrilege and politically incorrect mischief into a reflection of U.S. culture that is humorous, beautiful, shocking, sweet, thought-provoking and incredibly heart-breaking.

Pray the Gay Away takes place in 1980’s Minnetonka, Minnesota and shows the collision course of two boys being subjected to the controversial practice of gay conversion therapy, the Lutheran Church – Missouri Synod statement that “homosexual behavior is intrinsically sinful”, a Youth Pride LGBTQ support group fighting for human rights, and the local community caught in the middle.

Congratulations to everyone involved in this sensational original musical! Once again I am blown away by the incredible talent here in the Pacific Northwest. Beautiful voices and wonderful dancing all around. The range of emotions these characters brought to the stage was both powerful and raw. It left me feeling extremely moved as I drove away from the theater and the tears rolled down my cheeks. Well done… and thank you!
– Laurie Cottingham

Pray the Gay Away is destined for a larger stage. It made me laugh, sob, and caused me to cheer and boo! Yes, all the feels! The best play I’ve ever seen, and I’ve seen a lot of plays. Conrad, actors and crew I would say you’ve done phenomenal yet that would be an understatement.
– Racquel Futrelle McDermott

Conrad Askland’s show is so funny and so gutting, but ultimately so hopeful. The script and lyrics are hilarious and poignant, the music is gorgeous, and the acting is truly excellent. I’m a professor of sociology/gender/sexuality, so I love the core of this story most (also full disclosure: my daughter is in the cast). I love that the characters are multi-dimensional, that they so openly grapple with conflicting beliefs, and that they ultimately champion human rights because we can change the world by changing our ideas—that’s the lesson (so sociological!). Love wins in this story in more ways than one, but not before dragging you through the emotional ringer. It’s a ride all allies should take. Through some generous donations, I brought 26 college students and they LOVED it. They all want to see it again and buy the music (they were disappointed to hear that, as far as I know, it’s not available yet!). As a sociology professor, musical theater nerd, and cast-mom, I am beyond thrilled to have gotten to see this important contribution to human rights. GO SEE IT!!!!
– Jen Lois

It takes a lot of thought, a lot of love and care to craft a musical around a subject so mired in, to put it lightly, controversy. The show is a poignant look into the struggles of family, faith, identity and love. From laugh out loud numbers about the dangers of musical theater and the love of mammary glands, to the tragic loss of youthful innocence and bleakness of being all alone, to gentle songs of what love is and triumphant declarations of pride, You will be moved from laughter to tears to cheers.
The characters are all human, all flawed, all believing what they are doing is right and good, and some have their perspectives and opinions change, it would seem for the better.
The only tragedy now is that the show is sold out, as it challenges anyone who sees and hears it, leaving them no choice but to reevaluate their beliefs on one level or another.
Perhaps that is the core of the show: what it means to love a community, a child, a friend, and one’s self.
In the end, this is what this show, and musical theater in general can and should be: Entertaining and informative.
This is Pride.
This is Love.
Thank you for telling this story.
– Paul Henderson II

Bravo!
We are in awe! Pray the Gay Away is a must see theatrical event. If Conrad’s work doesn’t move you, make you think, brings emotion then maybe your just not human.
The amount of work and study you have poured into this play is amazing. You brought enormously relevant and important real life issues to the forefront with humor, intelligence, emotion while allowing the audience to reflect, cry, laugh, learn and enjoy!
Bravo to the Cast that didn’t just read their lines they reached the audience by pouring their emotions into every part, every movement of the story they are sharing.
Bravo to the directors who have taken this world premiere musical from print to an unforgettable, relevant, emotional and important theatrical success.
Bravo Costumers, Choreographers, Mangers, Make up and Hair stylist, for your hard work that brought this wonderful musical to the forefront.
Bravo to the Theaters Arts Guild for your passion for community theater excellence and producing such an important and meaningful inclusive event.
The only thing I wish was that I wasn’t in the audience but on the stage. We are incredibly proud of everyone’s fabulous work.
Conrad.., you’ve raised the bar!
Bravo!
Amazing!!
– Scott Price

Thank you to our wonderful audiences for your tremendous support of TAG’s production of Pray the Gay Away® the musical! 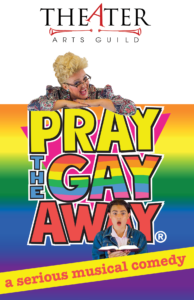 Due to the Covid-19 crisis, TAG will resume auditions, classes and shows once those activities are cleared by Washington State Gov. Jay Inslee and top health professionals. We will get through this, together. 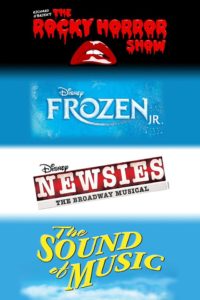